The following information that any person desiring to participate in a 2019 Wisconsin State Golf Association event or championship must be aware of prior to entering and/or participating. It is the responsibility of each participant to know the rules and policies that govern all WSGA competitions.

The Wisconsin State Golf Association (WSGA) reserves the right to accept or reject any entry submitted. Any person whose entry is accepted shall be subject to the rules and conditions of play set forth by the WSGA. The WSGA reserves the right to shorten any competition due to weather or other conditions warranting such action. Any act of unsportsmanlike conduct, as written in the WSGA Conduct Policy stated below, will be cause for removal from any tournament.  NOTE: The WSGA will not make any provisions for a player asking for special consideration due to any other commitments.

By submitting an entry, or by participating in any WSGA competition, the player understands that his participation is at the sole discretion of the WSGA. The player’s entry may be rejected for any event, at the discretion of the official in charge, at any time before the close of the competition (as defined in the USGA Rules of Golf Book – Rule 34-1b). Unbecoming conduct for actions at any WSGA event, or state, national or international event, or conduct or action deemed to be detrimental to the WSGA, the spirit of the game or the host facilities are grounds for such rejection.

These include, but are not limited to: cheating; willful destruction of golf course or WSGA property; abusive language or conduct towards volunteers, or other players; club throwing and/or physical endangerment of others; offensive or excessively loud behavior; repeated withdrawals or no cards during or after the completion of a round; inappropriate golf attire; or other conduct deemed to be unbecoming or detrimental to the WSGA.

Should an incident occur, the official in charge shall submit a report to the WSGA Tournament Committee. Future sanctions may range from suspension from future WSGA events to not being eligible for WSGA team competitions and/or player awards. This may also include losing exempt status for future year(s). The decision to reject an entry during an event by the official in charge is final. However, any further action taken will be at the discretion of the WSGA Tournament Committee. The decision of this board may be appealed to the WSGA Executive Committee, whose decision shall be final.

Entries are open to amateur golfers who are currently 2021 Associate Members of the WSGA at the club from which they are playing, and whose club is a current member club of the WSGA. The players WSGA handicap index for eighteen (18) holes shall not exceed the limit set forth on the tournament application. All WSGA tournaments may be entered at any time beginning at 8:00 AM on Tuesday, February 16th, 2021, provided the entry is received on or before the entry closing date and the field is not full. Any application that is received by the WSGA prior to the date posted will be returned immediately. On-line registration for all WSGA tournaments and championships is available by visiting the WSGA website at www.wsga.org. You will find a description of each WSGA tournament, along with the entry closing dates on the following pages. The closing dates are also located on each individual application. The WSGA does not accept entries by telephone or email. Fax entries are only accepted if method of payment is by credit card. Late entries will be accepted on a space-available basis for a period of 48 hours after the posted deadline date for any specific tournament. A late service charge of $25.00 will be added to the tournament entry fee. Time limit for entries means time of receipt at the WSGA, not time of postmark. Entries should be mailed early to allow ample time for delay or error in transmission. Entries with insufficient funds will be considered incomplete and unacceptable and will be withdrawn. The entrant will also be responsible for any fees incurred by the WSGA for NSF checks and must pay such fees before entry in further WSGA events will be allowed.

Information concerning course assignment, pairings, starting times, etc., will be mailed or emailed approximately 5-10 days prior to the event. If you have not received your information within five days of the event, it is the responsibility of the contestant to check the WSGA website (www.wsga.org) for pairings or contact the WSGA Tournament Office. Please do not call more than seven days prior to the event.

To improve the playing conditions for our contestants, the wearing of metal spikes is prohibited in all WSGA competitions.

It is the sole responsibility of each player to post all scores, tournament or otherwise, in their handicap records. The WSGA Tournament Staff will inform contestants at the tournament site if the WSGA will be posting scores directly into each contestant’s handicap record.

When the WSGA Tournament Committee announces that “Live” scoring will be used during a WSGA competition, all players must report their hole-by-hole scores to the WSGA scoring volunteers at holes determined by the tournament committee for the purpose of live, up-to-the-minute scoring on the Internet and TV leaderboards at the tournament site.

Players who have applied to participate in a WSGA event and wish to withdraw for any reason must notify the WSGA Tournament Office at (414) 443-3560 prior to the event. If withdrawing on the day of the event, call the course you are assigned to play. Players who fail to follow this procedure will be listed as a “No-Show”. Repeated no-shows by a player may lead to rejection of player’s entry in future events.

Late registration will be accepted on a space-available basis for a period of 48 hours after the posted deadline date for any specific tournament. A late fee service charge of $25.00 will be added to the tournament entry fee. There will be no exceptions.

Once a player (team) has been accepted into a WSGA tournament or championship, that player (team) is considered to be an “Active” participant in that tournament. Should an active player (team) wish to withdraw from a tournament, that player’s (team’s) entry fee, minus a $10.00 administrative fee, will be refunded if the WSGA Tournament Office is notified at any time before the posted deadline date for that event. After the posted deadline date, the player’s (team’s) entry fee, minus a $20.00 administrative fee, will be refunded only if the field is full and the player’s (team’s) spot in the field can be filled by a player (team) on the “Waiting List.” No refunds will be allowed for any other reason, including an event being shortened due to inclement weather. If an entire event is cancelled due to inclement weather, every effort will be made to re-schedule that event. If an event can’t be re-scheduled a full or partial refund will be issued at the discretion of the WSGA.

Grooming and clothing. All males are required to wear shirts will collars and sleeves, and either golf slacks or knee-length or near knee-length shorts that are neat in appearance.  Golf Shirts are to be tucked in, unless the golf shirt is designed to be worn un-tucked or hung loosely.  Examples of attire that are not acceptable include the following: short-shorts, athletic shorts, tennis shorts, cut-off shorts, jeans, jean shorts, tank tops, t-shirts and sweat pants. The official in charge shall decide whether this requirement has not been met and will withdraw the entry of the player who does not comply. Headwear must be worn in a traditional manner, with the bill facing forward. Caddies, when permitted in a competition, are also expected to be neat in their appearance.

The use of cellular phones, PDA’s (or palm-like devices), and/or pagers by contestants or their caddies is strictly prohibited during any WSGA competition.

When golf carts are permitted in a WSGA or USGA event, their use is limited to transporting players and/or their caddies and their clubs. Spectators are prohibited from using golf carts. Walking spectators are always welcome at WSGA championships, unless prohibited by the host course.

The WSGA’s website address is www.wsga.org. All WSGA tournament information, including entries, pairings and starting times, results for each event, past champions of WSGA events, and a complete schedule of all golf tournaments held in the state of Wisconsin is available by accessing the WSGA website and clicking on the “WSGA Schedule”.

“One Ball Rule” Not in Effect

In WSGA competitions, the “One Ball” rule will not be in effect. It will however be in effect for all USGA qualifying conducted by the WSGA.

Each player who enters a WSGA or USGA tournament or championship or qualifying round conducted by the Wisconsin State Golf Association agrees that, by entering, he/she will abide by the WSGA Pace of Play Policy, which is published on the WSGA website (www.wsga.org) and on the tournament information page under the heading “Rules” for each WSGA or USGA tournament, championship or qualifying round that the WSGA conducts. 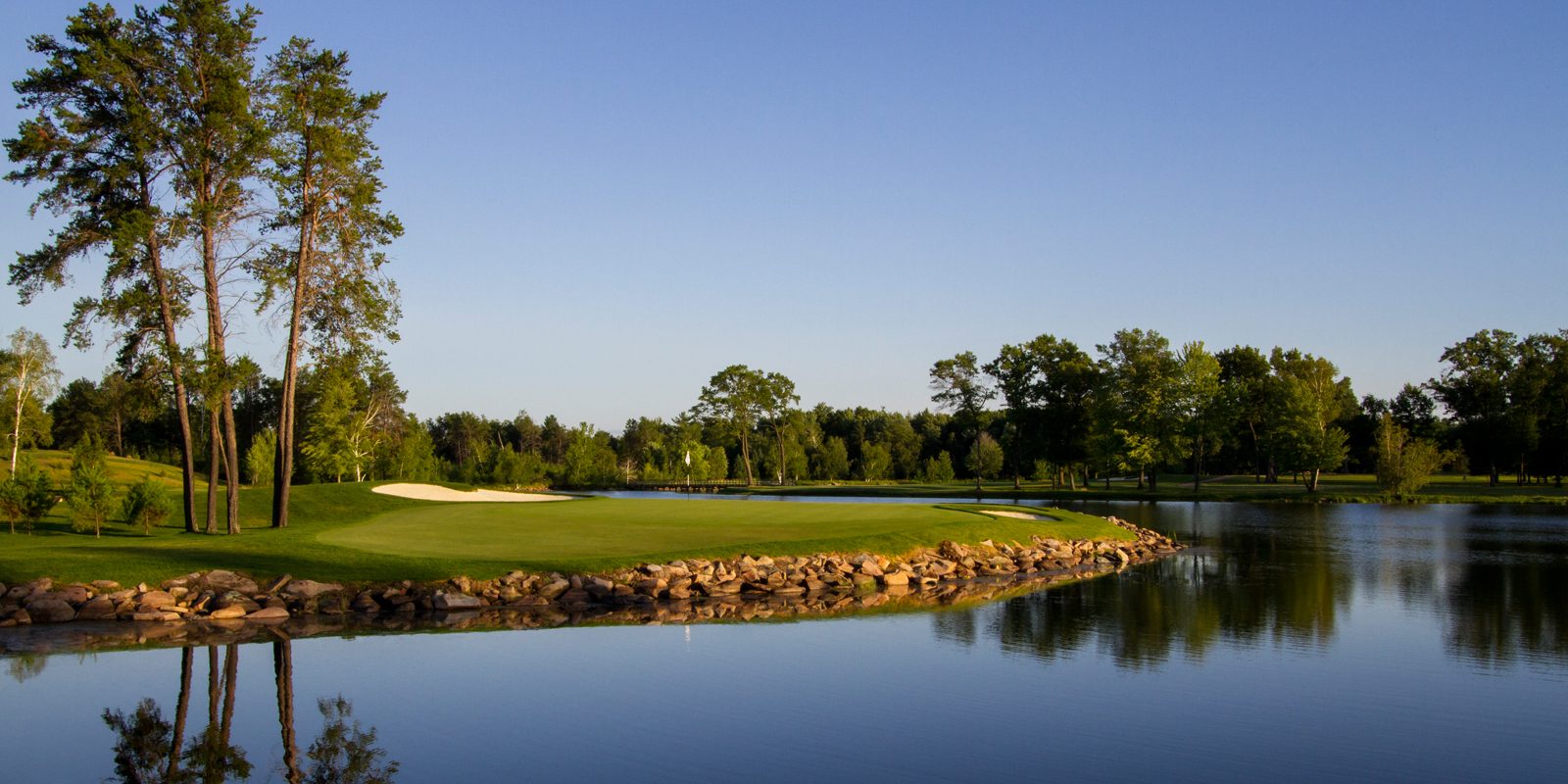